Tuned In and Level...

One of the items on our service list was to check out the roof mounted TV antenna.  Even though, we primarily watch Direct TV, it is nice to be able to switch to the TV and catch the local news and weather wherever we are.   We have been having trouble for awhile getting it to work properly...just wouldn't tune in for some reason!  After finding out they no longer use the one we have, we decided to purchase a new redesigned one. And, 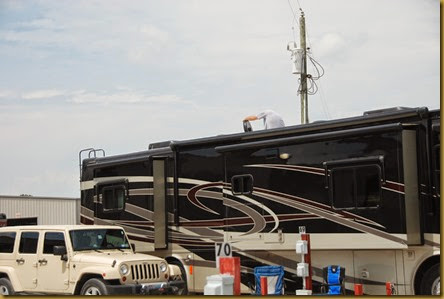 have one of the techs came to our campsite to install it. 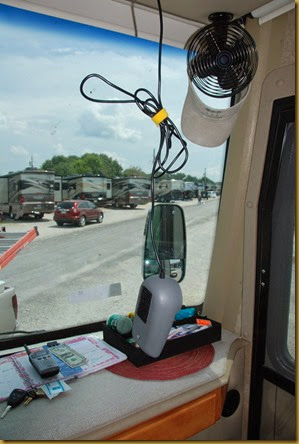 controller hooked to a wire that never seemed to be accurate enough to dial in a good signal.  The new one is operated by a wireless remote...works perfect.

Today, we also got a call to come 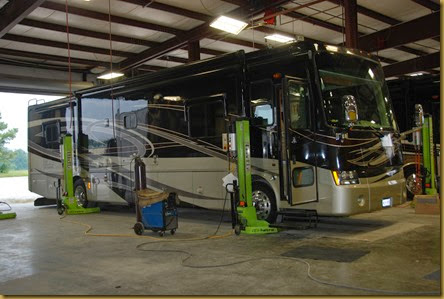 to the service bay where they installed our new jacks.

If you remember, a few months ago, while we were in Montana, we had the jack that wouldn't retract and Mark and Wallace took it off.

And, even though we made it all the way to Alaska and back without the jacks, 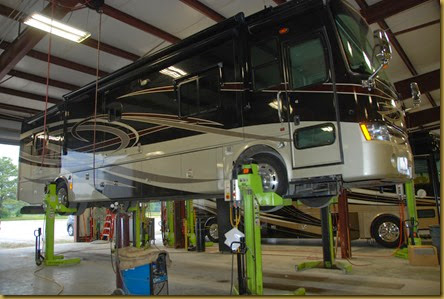 it is nice to too know level is just a few hours away.

And, like the newly designed antenna, we learned there is a new jack system.  After having to have several jacks replaced over the last few years, it was a no brainer for us to get the 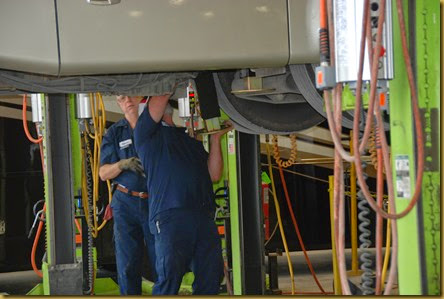 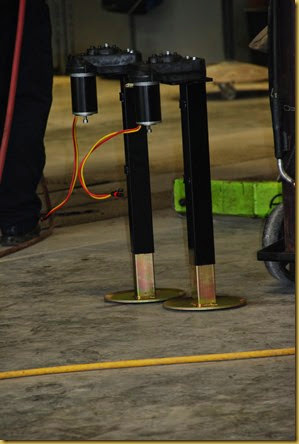 the same style and size jacks, it comes with 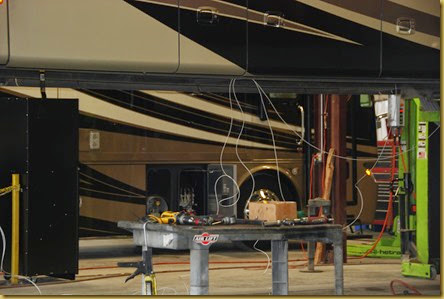 a new wiring system that communicates with a new control system.

Now, while I am not too sure what those wires are telling that controller, I do know this... 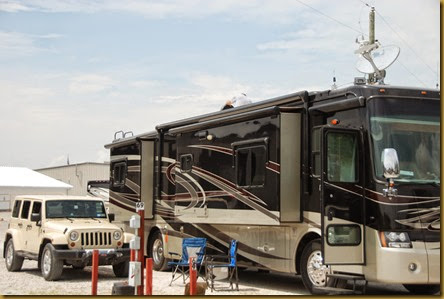 four jacks, they are all on the ground, all the slides are out, and we are level!

Another good day...tuned in and level in Red Bay!