Yesterday, the campground filled up 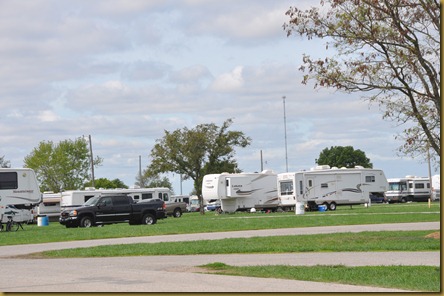 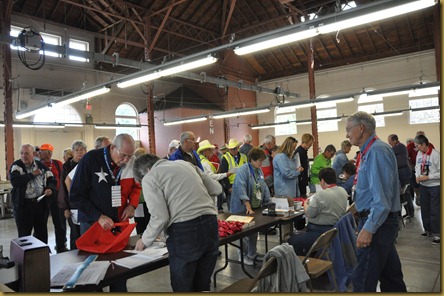 registration was in full swing. 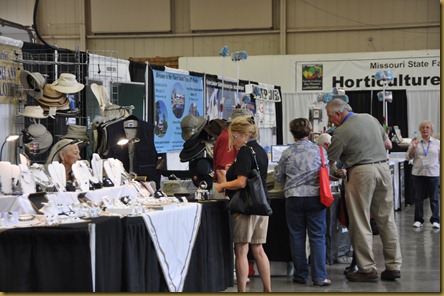 were open for business and the 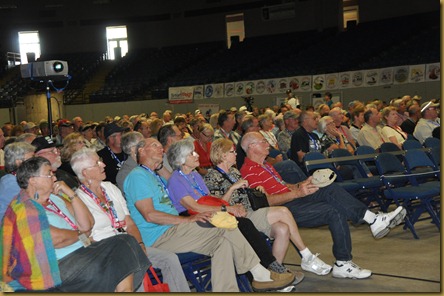 first timers were in orientation.

Three o'clock came before we knew it, and the 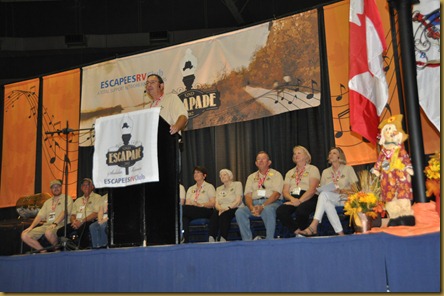 Opening Ceremonies were underway for Escapades 2012. 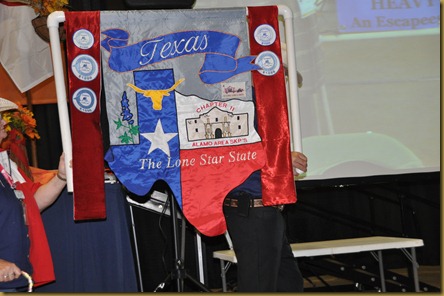 had the parade of chapters...of course, I picked Texas! 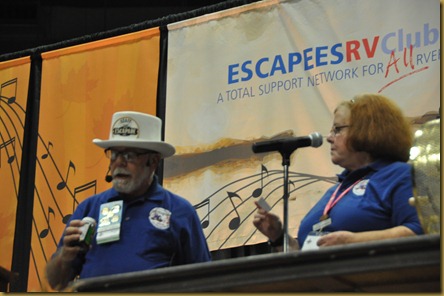 had door prizes under control and 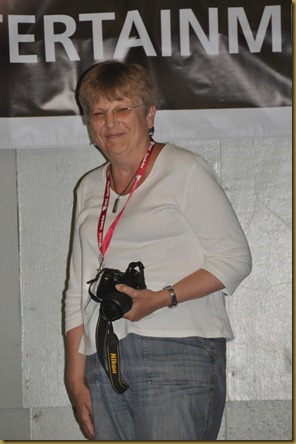 Mary was everywhere with her camera...so watch out!

Last night's entertainment was Yakov Smirnoff from Branson...he was awesome!  Lots of laughter and fun!

Today dawned a little foggy and cool.  There were a few early showers, but soon we were enjoying a beautiful day. 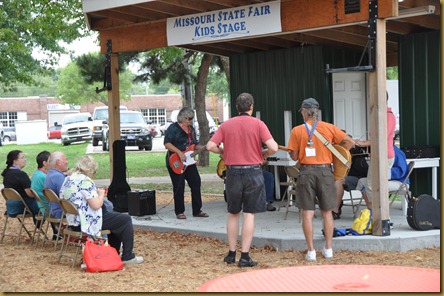 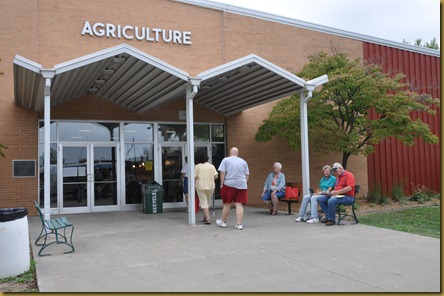 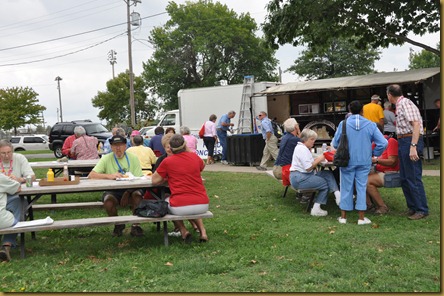 lots of hamburgers and hot dogs to be served.

Everyone seemed to have a great day.  Tonight we headed back to the Mathewson Center for the 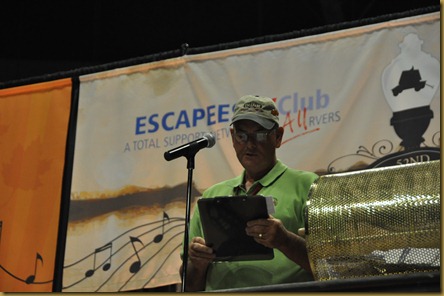 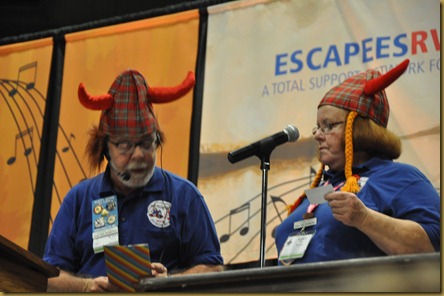 We concluded the day with 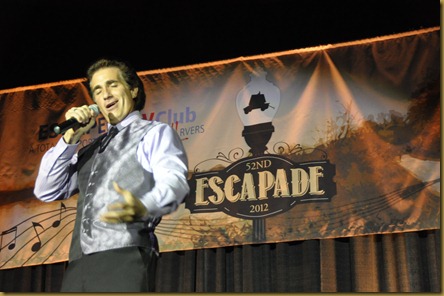 What a great start for Escapade 2012.