Today, was a first for us.  Our destination, 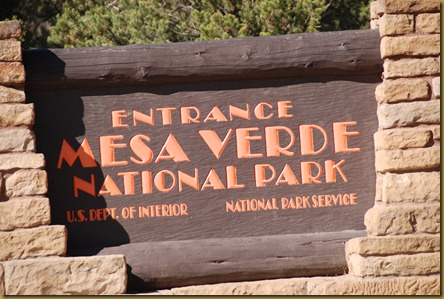 We entered the park, and found that the visitor center was 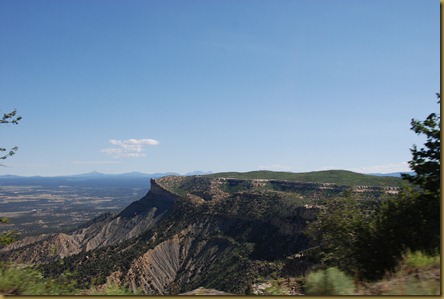 15 miles up, up, and up.  When we arrived at the park headquarters, 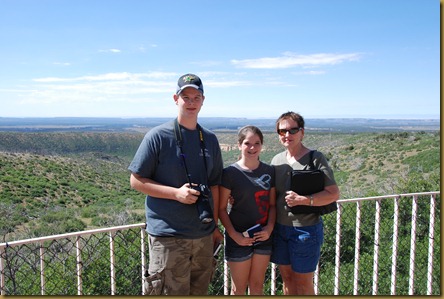 Andrew, Lauren, and I collected our official park stamps.  We also signed up for a tour to Cliff Palace.  However, in the meantime, we had plenty of time to look around at 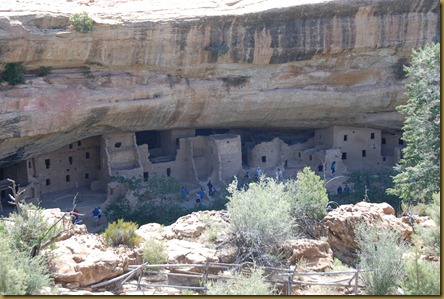 Spruce Tree House before our tour.  We followed the walkway down to the bottom where we could get 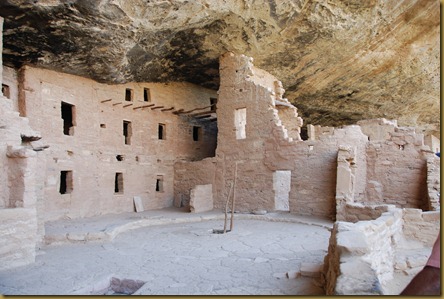 a better look.  We even got to 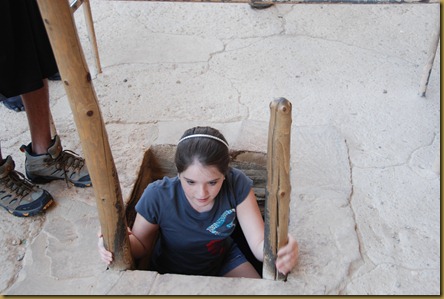 do a little climbing around.

Soon, it was time to head down the road to meet 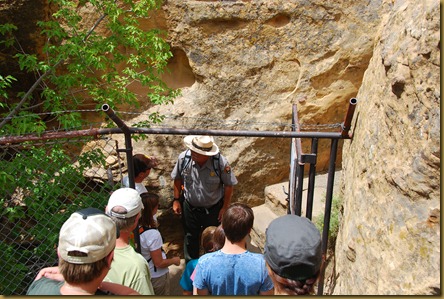 our park ranger for our tour of 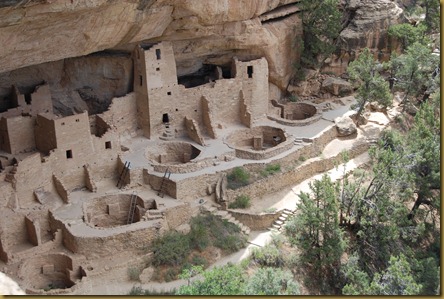 This is the crown jewel of Mesa Verde National Park and is an architectural masterpiece by any standard.  It is the largest cliff dwelling in North America.  They were discovered in December 1888, by two cowboys out herding cattle.  They commented that even through the blowing snow, the cliffs in canyon looked like a magnificent city.  It is thought that these dwellings date back to AD 1200.

Well, back to the tour...the ranger took us 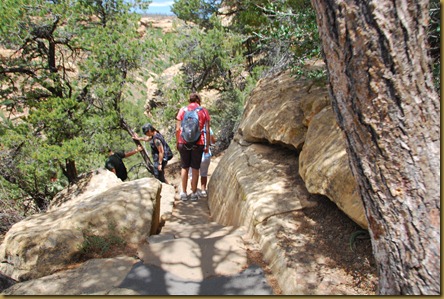 down narrow paths and up 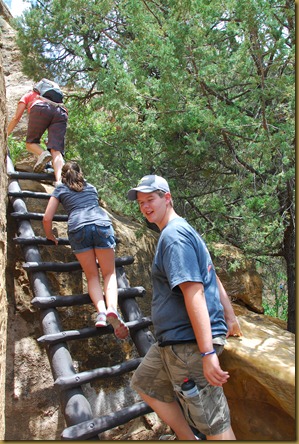 ladders until we reached the base of the dwellings.

We stopped for a 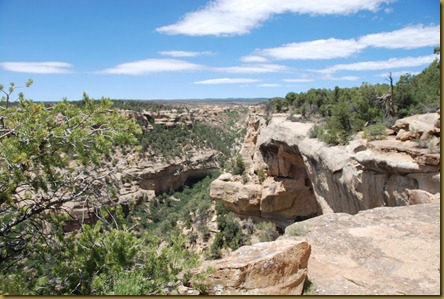 Mesa Top to the alcoves below. 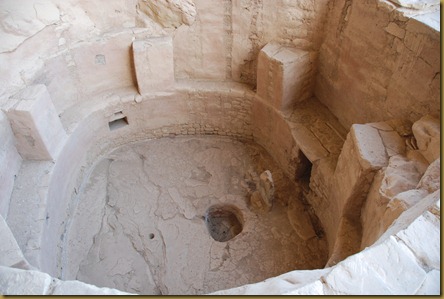 chambers that were build for ceremonial uses.

When our tour ended, we still needed to get out.  Well, what goes down, now must go 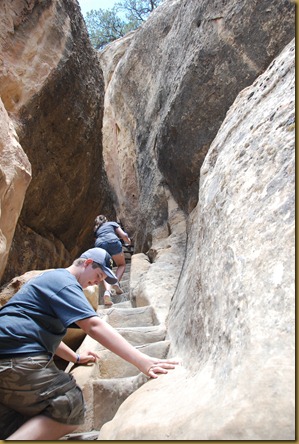 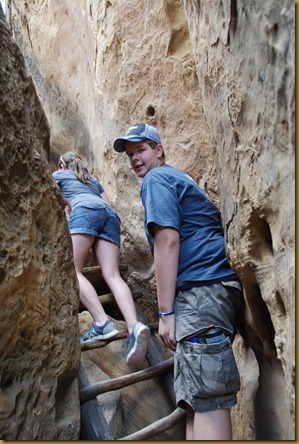 When we finally wiggled our way up and out, we were starving.  We headed to the nearest 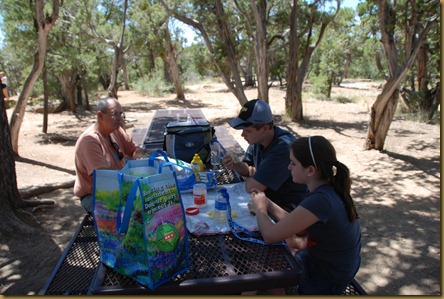 After enjoying our lunch and catching our breath, we took a drive around the Top Mesa Loop before it was time to leave the park.

Before we left the park, we stopped at the entrance, where I was issued my very own Senior Park Pass.  Now, I don't have to share with Mark.  There are some advantages to turning 62.

Once, we were back in Durango, we made a stop in historic downtown to do 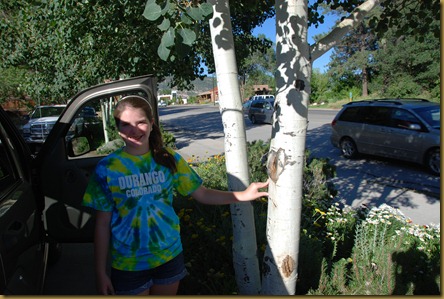 some shirt shopping.  Then it was off to 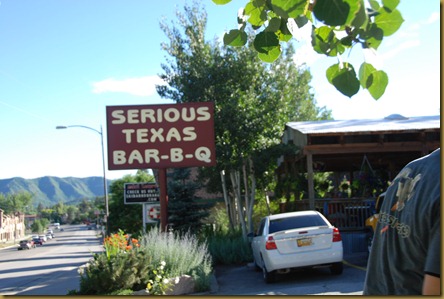 dinner where we reflected about our day.

It is said the Mesa Verde National Park isn't easy to get to, but, it was a great day and we all agreed it was well worth the trip.