When we arrived home last Thursday, we had just a couple of days of lots to do before our next departure.  On Friday, we cleaned the motor home and got all the laundry done and errands run.

On Friday evening, we picked up Mark's mom and met his cousins and aunt for dinner and some great visiting.

Saturday, I took care of a few more errands and did some sorting and little packing for our Vegas trip.  Scott, Jennifer and the kids came by to show us their new Jeep.  It was really nice.  Scott mentioned that they had one coming in that he thought we might be interested in.  This is something we have been considering, but, we hoped to get a few more months out of our Jeep Liberty.  However, once we saw Scott's, we decided to go and take a look.  The salesman actually gave us a more than fair trade price, so we decided to 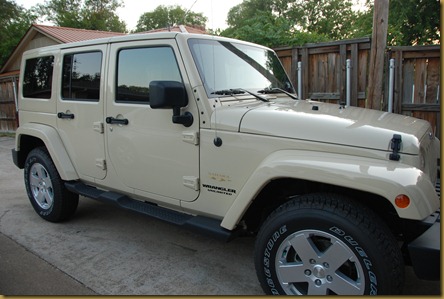 drive it home.  I think we might have some great day trips coming up.

On Sunday, I picked up Mom for church and lunch.  Afterwards, I headed home to finish our packing for Vegas.  Then, it was early to bed and early to rise for our trip to DFW airport on Monday morning.

We checked in and wiggled through security, found a place for breakfast and then we 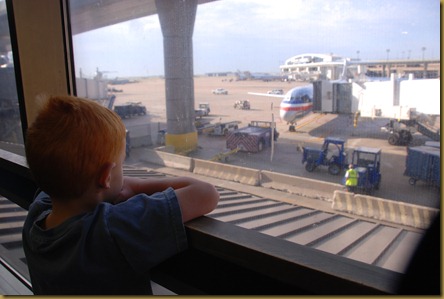 patiently waited for the airplane to be ready.

Once we were loaded and ready, we found that it was a beautiful day for flying high above the clouds.

After a great flight, and shortly before landing, we got a great view of 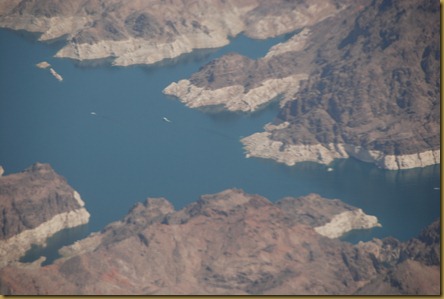 Lake Mead and soon the 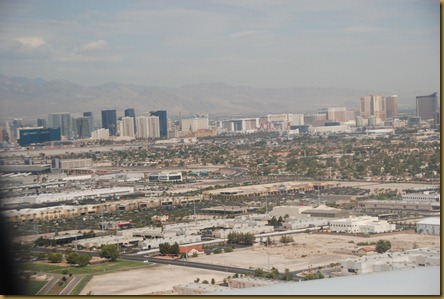 Vegas Strip was in sight.

We unloaded from the plane, caught the tram to baggage claim.  From there, we caught the bus to the car rental facility, picked up our car, and headed just down the street to our hotel.  We found that we were too early to check in, so we pre-registered and were informed that we could check in by 4:00 p.m.  So, with some 3 hours or so, we headed without hesitation to 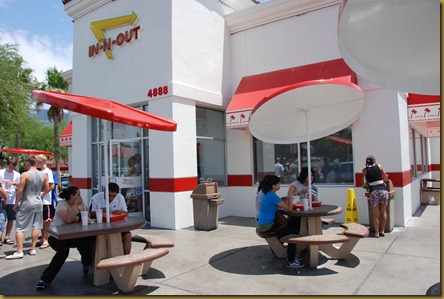 From lunch, we headed to find a place to park and take in a few sights.  We decided on the MGM.  We walked through the hotel and casino until we found 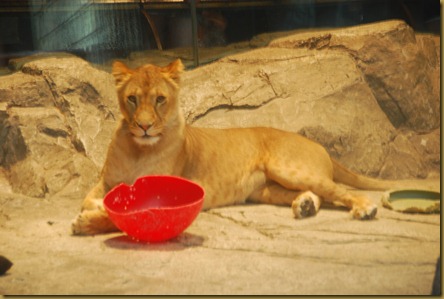 the lions and the 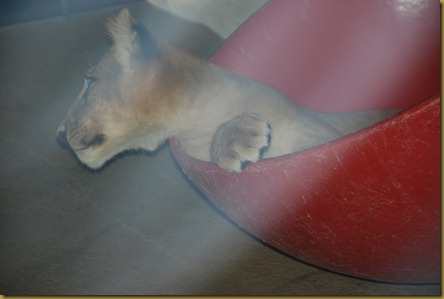 Next, on the list was a trip across the street to 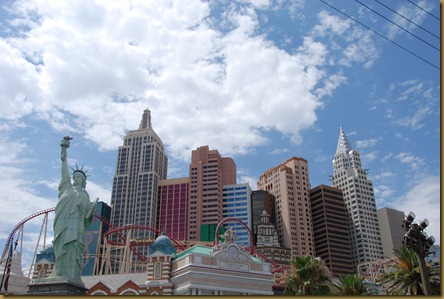 Lauren couldn't resist a pose with

Miss Liberty...this one made of all jelly beans. 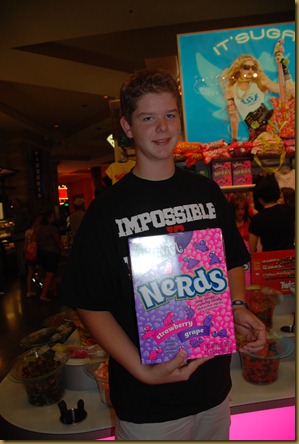 a box of Nerds, just his size and 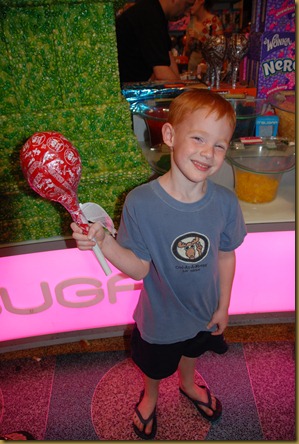 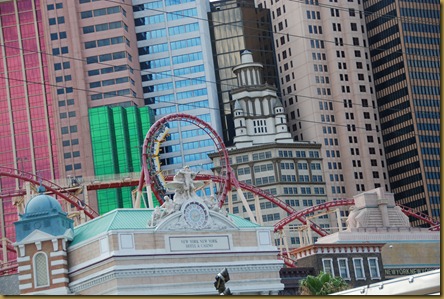 the roller coaster was the main attraction.  Jennifer, Lauren, Andrew, and I, had a great time, while Scott, Caden, and Poppa waited for us in the game room.

A little more sight seeing, it was time to return to Tahiti Village for our check in.  We had booked two rooms with kitchen, washer and dryer, etc.  We arrived in our rooms in Tower 1 and found that we didn't have the promised washer/dryer.  After, checking, we could move rooms, but, they were located in another tower.  Glad we hadn't unpacked.  So, we loaded up our luggage and moved.  By this time, it was getting to be dinner time.   We chose to stay on-site and use our pizza coupon for Tahiti Joe's.  After dinner, Mark and Scott kept the kids while Jennifer and I went out to find the local grocery.

Gosh, we are just at the end of the first day...

Yesterday, we were up early and after breakfast, we were ready to head out for day of shopping.  Lauren's destination was the 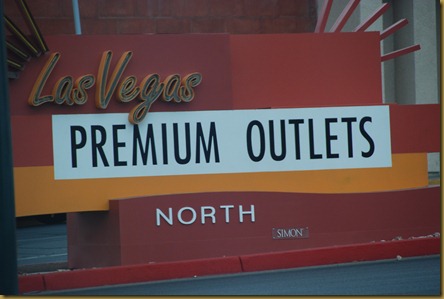 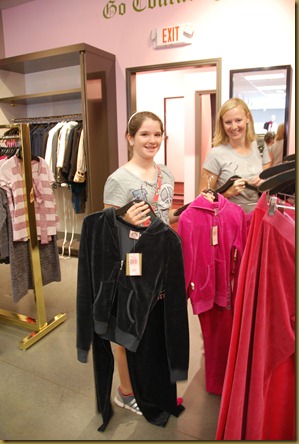 went on and on.  Her favorite store being the 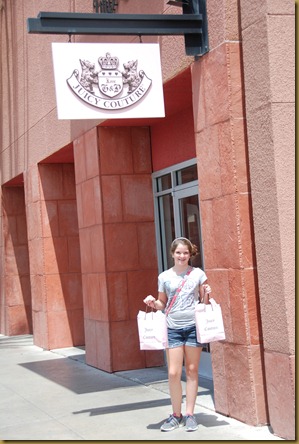 Andrew found the Oakley Store and purchased himself  some new lens for his sunglasses.

Little Man was just entertained on the 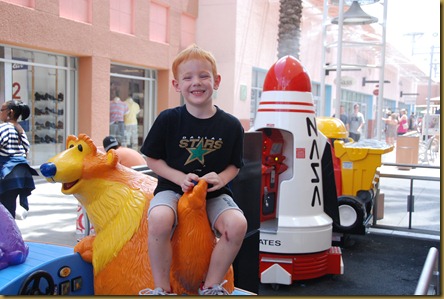 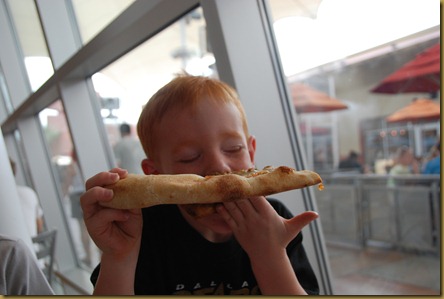 indulging in a very large piece of pizza!

After shopping until we almost dropped we headed back to the resort and spent the rest of the afternoon in the lazy river and the pool.  After a refreshing time in the pool, we grabbed a snack, jumped in the car and made our way to Freemont Street.  We watched the 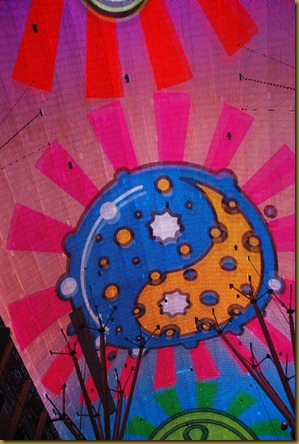 overhead laser light show and were entertained by 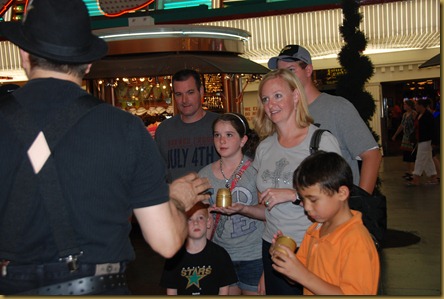 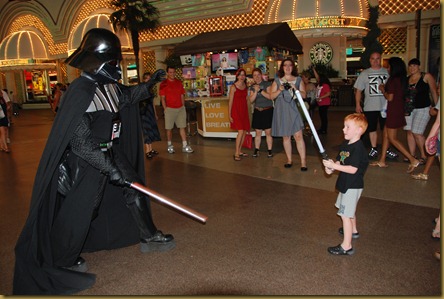 Darth Vader and posed with 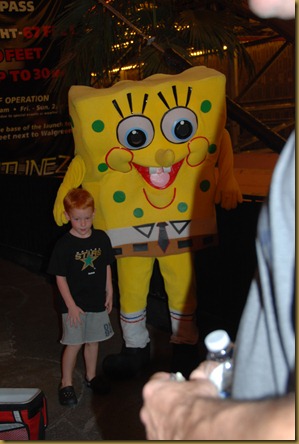 Again, it was early to bed and early to rise.  And, today, on day 3 in Vegas, we decided to head over to Hoover Dam where we drove across the 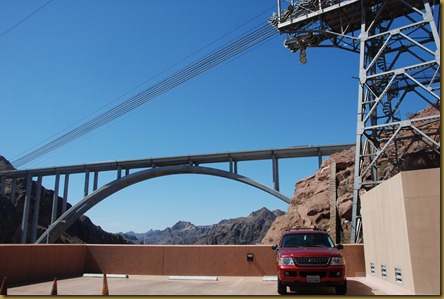 newly constructed bridge, turned around and came back to the dam for 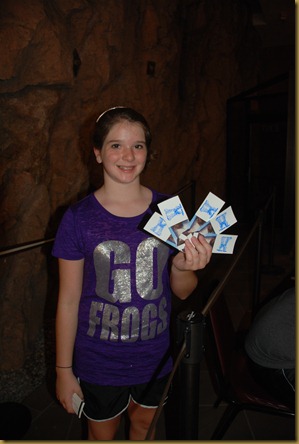 our tour.  We also collected a cancellation stamp here and one at Lake Mead Recreational Area in Boulder City.

This evening, we had dinner reservations at Cabo Wabo's on the Strip.  We shopped and watched the 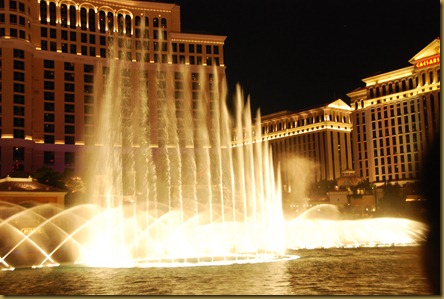 dancing fountains at the Bellagio.

Even though the days seem to be non-stop, the memories are priceless! And, just to think...we have 3 more days to go...