Yeah, It's The Weekend

Well, I thought this day was going to be a relaxing do nothing day. I got up this morning, we had breakfast and Mark ask me if I would install a new trip program on the laptop for him. Sure, no problem. I had installed it on the PC yesterday, so no big deal.

I got it started on it and in just a few minutes some error message appeared on the screen. Well, I just stopped it and started it again. No such luck, after the third attempt, I decided to enlist some help. So I brought it in the house to ask our son-in-law if he knew what the problem might be. In the meantime, I had looked up the microsoft hotline number.
Kenneth started the installation and got only as far as I had gotten on my attempts. Okay, I'm thinking, well maybe I am not as dumb as I was feeling. Now, Kenneth is on the phone with Microsoft and they are trying to work through this problem. And, so as not to bore you, I will just get to the bottom line. Two hours later, the program was finally installed and up and running. Thanks, Kennth for using up your morning. But, with all said and done, Mark is now happy as can be and even though he can't afford the fuel to go anywhere, he can plan all the trips he wants.
I also purchased a new photo software, I am anxious to try, but I think I have had enough software for one day. Other than that, we have had a pretty normal weekend. The usual trip to Walmart and Sams, a couple of soccer games, lawn mowing, etc. I did get the last of my special orders mailed or delivered on Friday. However, since that time I have managed to gather up a few more, but nothing like the first bunch. Oh, well, I figure that every book I paint is fuel to take us about 50 miles down the road. Gosh, I guess I had better get busy if I want to go very far.
I thought I would share some of the special order books I have been working on lately.
These are the books I have been painting for one of our local high schools. They are doing a fundrasier for the class of 2010. 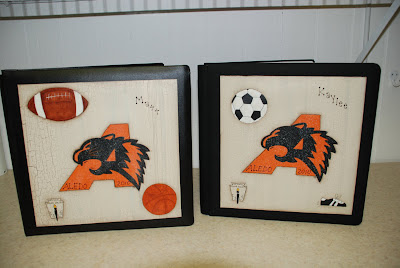 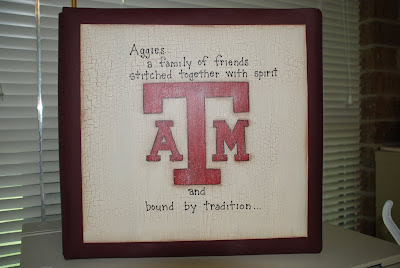 This book is one I do for Texas A&M University. We participate in a craft show there every year during Parent's Weekend. Our daughter is from the class of '99.

Below are just a couple of others I have been working on the last few days. 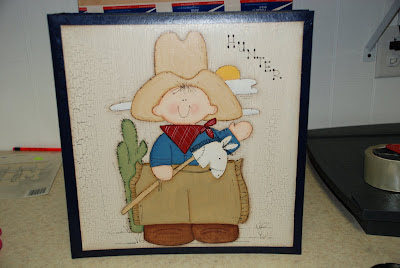 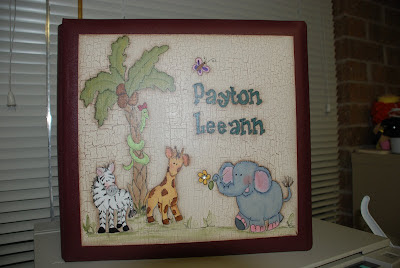