I know I missed blogging yesterday, but the day was too full, and I didn’t even know where to start.  We decided to make a day trip over into 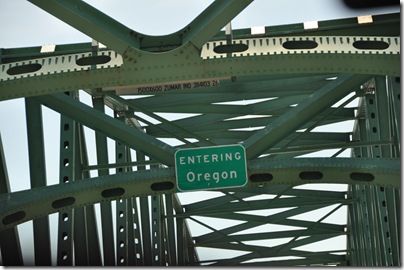 Oregon.  We entered across the 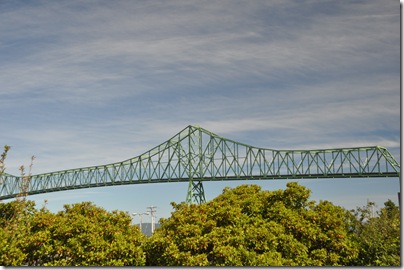 Columbia River Bridge into the little town of Astoria.  We made a stop here to fine this 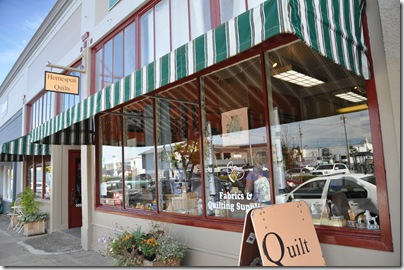 quilt shop for Ellie.  She is wanting to have a quilt made and is shopping around for ideas.  I did a little shopping the craft store next door while the others browsed around in the Wine store on the corner. 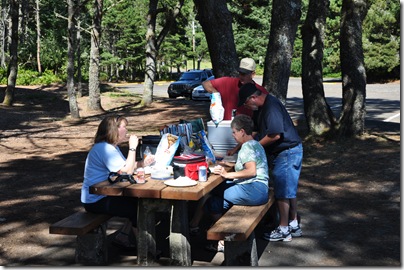 find the perfect spot for our picnic lunch.  The spot we picked out was in the loop with this 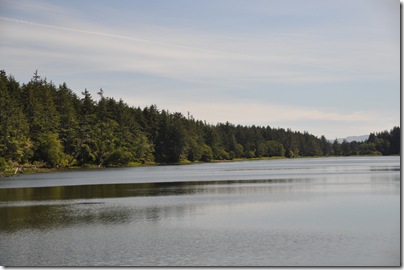 Once we were finished with lunch, it off to the beach where we were looking for the ruins of 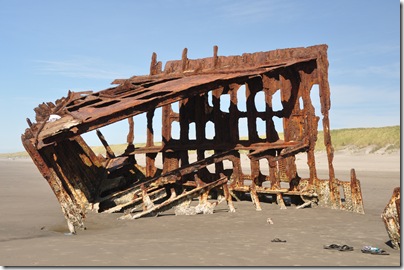 The Peter Iredale.  This was a four-masted steel sailing vessel that ran ashore October 25, 1906, on the Oregon coast en route to the Columbia River. It was abandoned on Clatsop Spit near Fort Stevens in Warrenton about four miles south of the Columbia River channel. Wreckage is still visible, making it a popular tourist attraction as one of the most accessible shipwrecks of the Graveyard of the Pacific.

From here we drove down the coast to Cannon Beach.  This beach is one of the most photographed beaches on the Oregon Coast and is known for 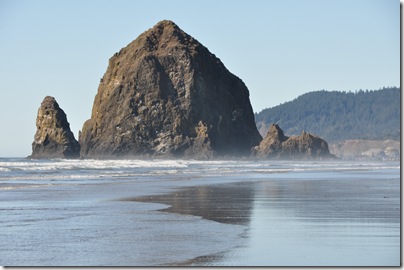 Haystack Rock.  I could have walked on this 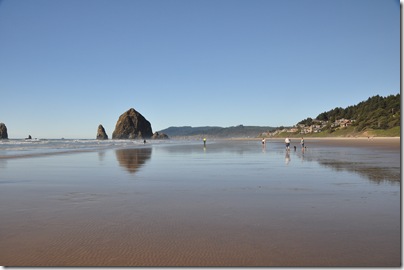 all day.  The tide was out when we got there, so we got to see and walk 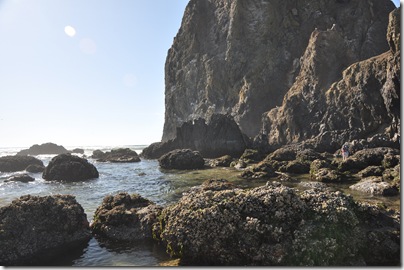 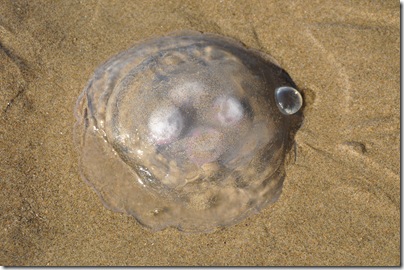 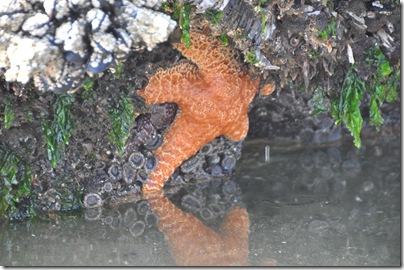 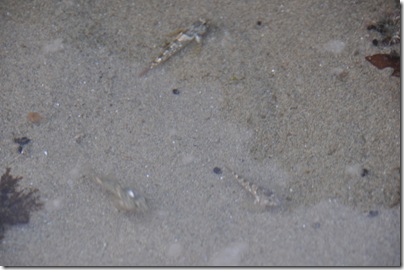 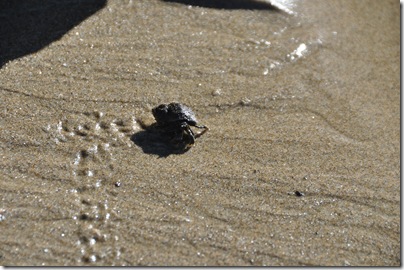 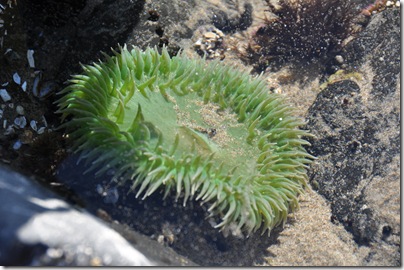 We stayed until it was obvious that the tides were 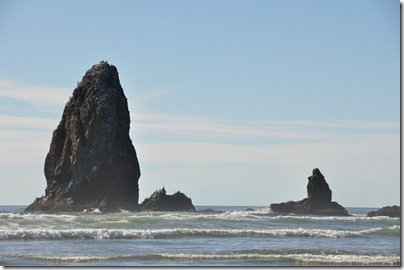 beginning to come in for the day.

This is a look 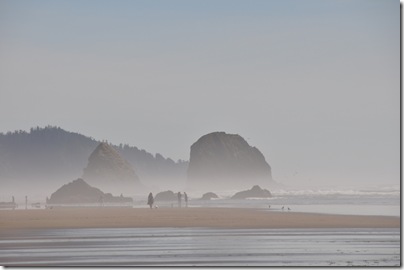 down towards the other end of the beach.

Wow…what a day, but it was time to get back to Kelso.  On the way back, I finally got a shot of 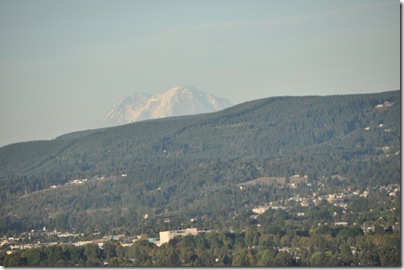 Mr. Rainier.  And then as we crossed the Columbia River, there was one last look at 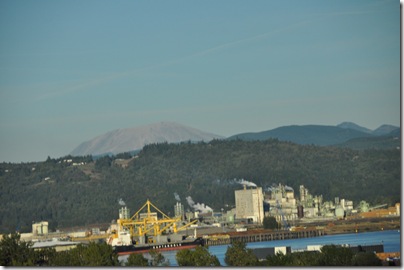 Now, back at the RV Park, it was dinner time.  We had made plans for Glynn and Sylvia of http://gavery.blogspot.com/ to join the six of us.  This is another couple we’ve met over the last couple of years and occasionally get to cross paths with them.  We learned a few days ago that they were in the area and would be coming to the same RV park where we are staying.  Even though it was only for the evening, it was good to get to see them.  Safe travels to you guys and who knows we might see you again down the coast.

This morning we were all up and slowly getting things ready for travel.  Since we were only traveling about 60 miles over to Troutdale there was no big hurry to leave.  After bidding farewell to Glynn and Sylvia, it was time for us to pull out.  Jim and Mark were a little more anxious than Rod so we pulled out a little ahead of them.

We only made one stop and that was at the Flying J for fuel.  I think 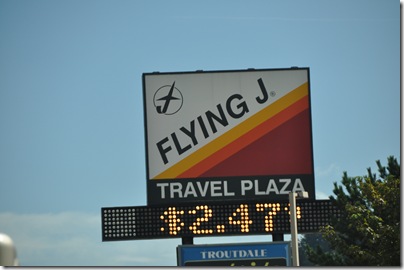 this is the best price we have seen in awhile.

Next stop…Sandy Riverfront RV Park.  This will be home for a week.  In addition to getting a closer look 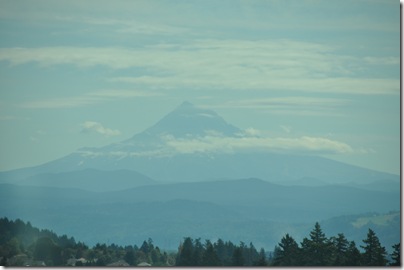 of  Mt. Hood, we are hoping to see and cover some beautiful countryside.  We are looking forward to you joining us on the upcoming adventures.