From Newport South for One Last Look…

Today, again was cold and rainy, and at times it was pouring which kept us homebound for the morning.  When it finally began to clear around noon, we decided to make a plan for the afternoon.  First, it was a quick trip to historic downtown Newport where we needed to exchange a jacket we purchased yesterday. While in Newport, we walked out to 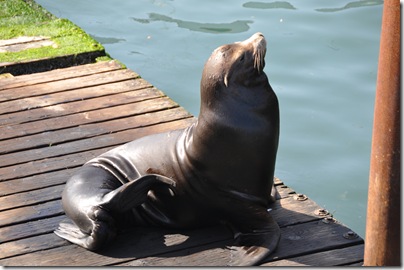 watch the sea lions.  Some were sunning on the docks while others 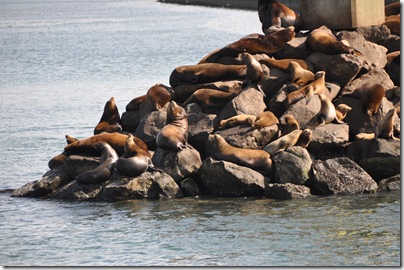 chose the rocks out in the bay.  And unlike the inactivity yesterday, today the harbors and bays 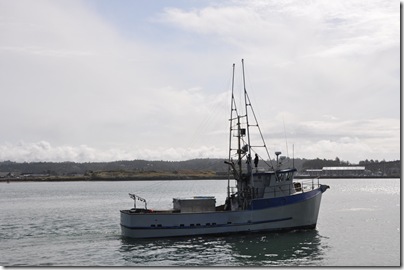 seemed to be back to business.

From here we decided to head South on Hwy 101.  What a beautiful drive it was.

Now, I know you are probably thinking…oh no, more rocks, but, I just don’t think I could ever get enough of the rocks and the waves. 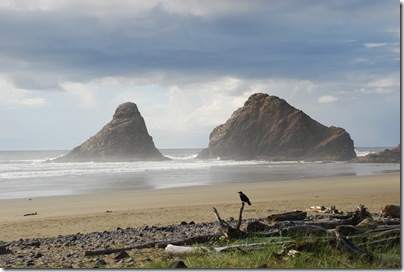 Looks like the rain is coming back…Guess, we better get on our way to 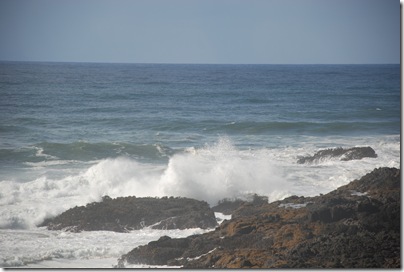 Boiler Bay.  This was a stop to really enjoy the rocks and waves.  Then it was on to 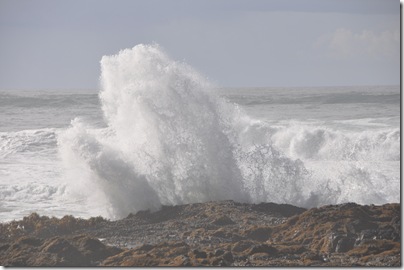 Devil’s Churn which is also known for the 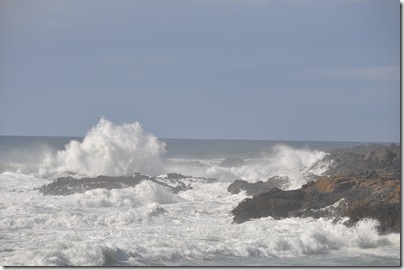 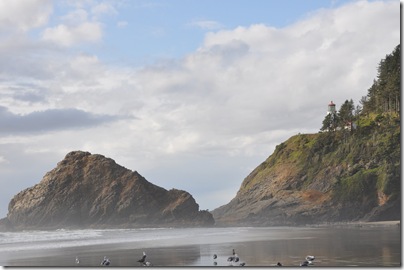 a beach that is totally calm.  This is the home of the 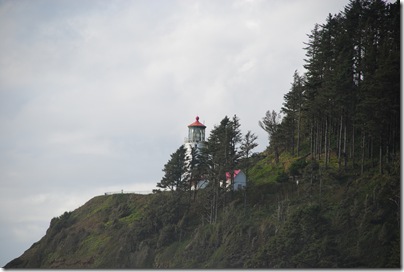 Heceta Point Lighthouse. While standing on the beach below you can also see 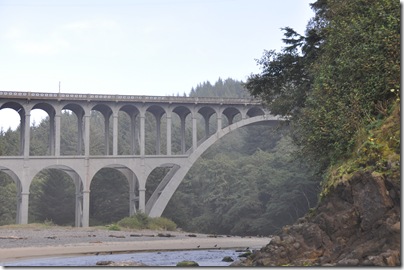 the Hwy 101 bridge.  We continued on around the bend and stopped to get a backwards look 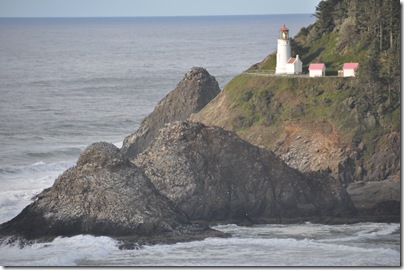 at the lighthouse.  We could hear the sea lions, but didn’t see them.  We looked down and, there they were 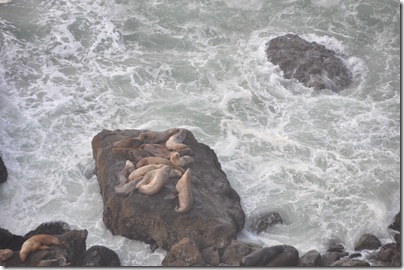 right under us on the cliffs and rocks far below.

A little farther down the road we came to the town of Florence.  It is here that the coastline changes once again and begins an area known 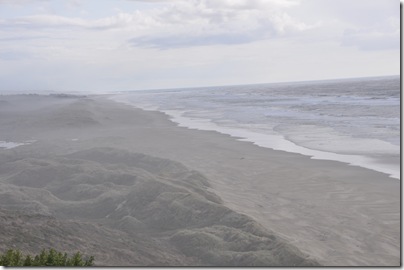 as the Oregon Dunes National Recreation Area which extends on down almost to Coos Bay.

We drove out a few miles from Florence to check out a couple of state parks and RV Parks for Rod and Deb.  The state parks weren’t a good choice, but, we found a couple of possibilities for RV Parks.  It was here we turned around and headed back the almost 50 miles to Newport.

On the way back to Newport 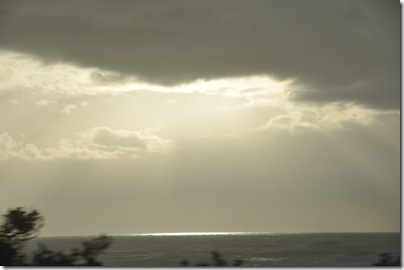 the sky began to darken and it wasn’t long until the rain returned.  However, by the time we reached Newport, the rain had let up and we stopped at 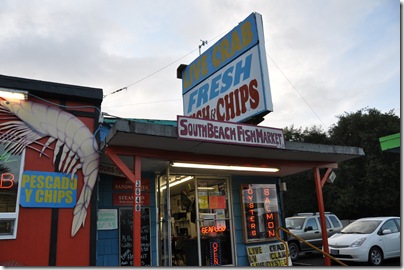 this little market for dinner.  We enjoyed 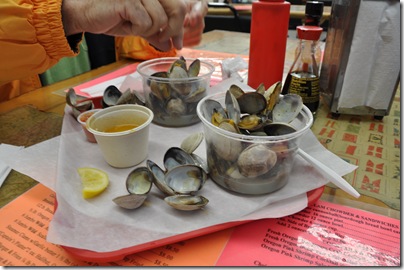 an order of steamers while we waited on our chowder and fish and chips.  Thanks Rod and Deb…what a treat!

We returned to the RV Park and decided to take a quick walk down to the beach before dark.  When we got to the trail, we noticed this sign… 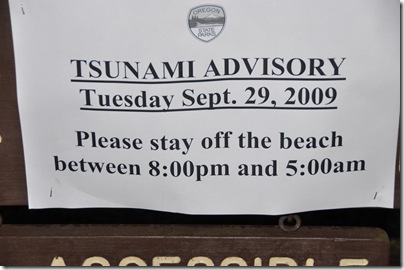 We later learned that earlier today there was an earthquake in the South Pacific.  I wonder is that is what prompted this notice?

We made our walk on to the beach and this was 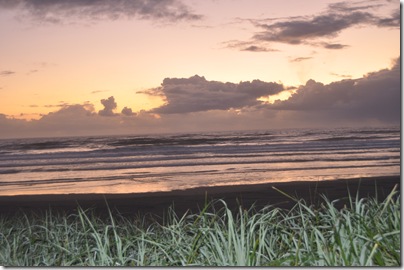 sun setting on yet another great and unforgettable adventure.

Tomorrow Mark and I will be saying good-bye to the Oregon coast.  We will travel over to I-5 where we head South.  Over the next couple of weeks we will be making our way back to Texas where we are looking forward to spending time with family.