We were only going to travel about 100 miles today to our new destination at the Hoquiam River RV Park.  So, after a leisure start to the day, we headed down 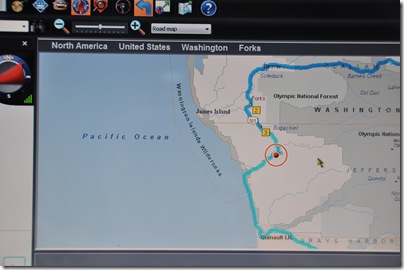 Hwy 101.  It took us over 2 hours to drive that 100 miles due to road construction that caused us to have to stop several times and wait on the pilot car.  However, it was a beautiful day, and along the way we were able to enjoy crossing 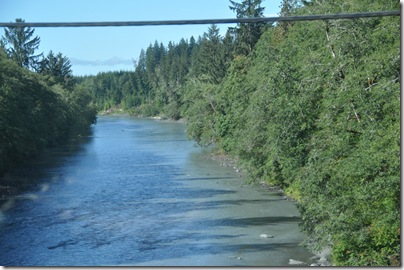 the Hoh River and the drive through 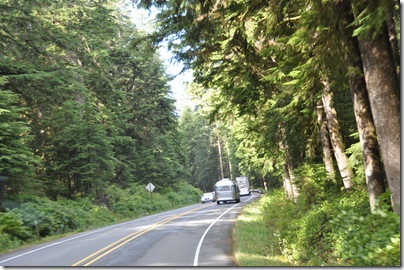 more of the Olympic National Forest.   And, finally there was the moment I had been waiting for… 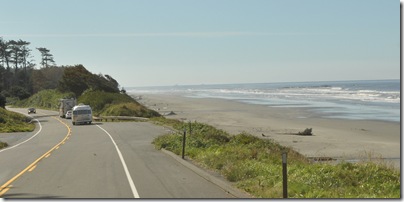 the part of 101 that would take us right by the Pacific Ocean.  Other than this one area, you had to catch a glimpse of the ocean 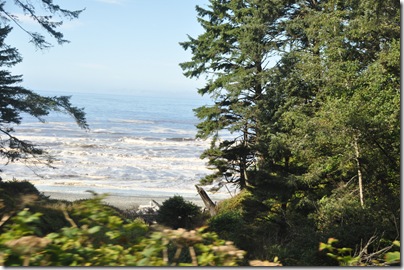 through the trees.  But, that’s okay because there will plenty of ocean to see over the next several days and weeks.

We arrived at the RV Park which sits right on the Hoquiam River. 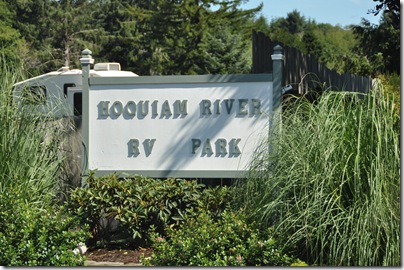 We set up the RV’s, ate a bite of lunch, put some drinks in the cooler and loaded in the Jeep for a trip over to Westport.

We parked at the State Park in Westport, grabbed the cameras and headed out for a walk 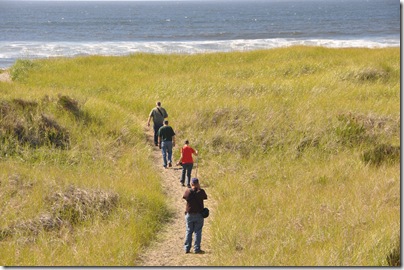 to the beach.  And, yeah, no rocks. This beach had 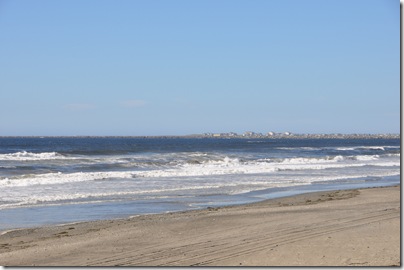 sand and lots of it.  So, off came my shoes and I walked in the sand and the cool ocean waters.  I even wrote 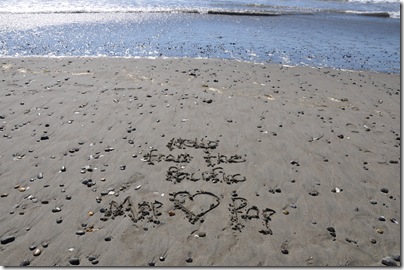 a message to the grandkids back home while Mark gathered sand dollars and rocks.

I could have walked and walked, but, Deb said if I did I would end up in San Diego. LOL  So, I turned around and 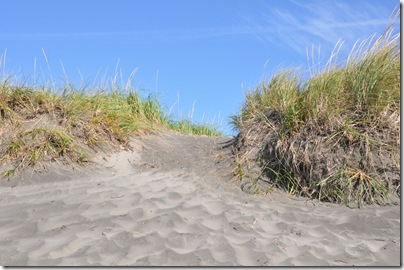 made my way back down the beach and up the trail.  Next on the list was the 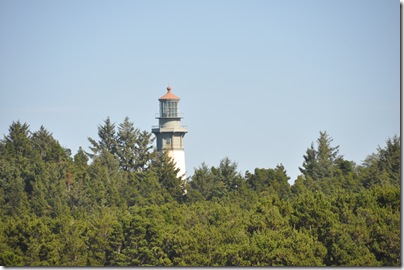 lighthouse we could see over the trees.  We had to drive back down the road to get 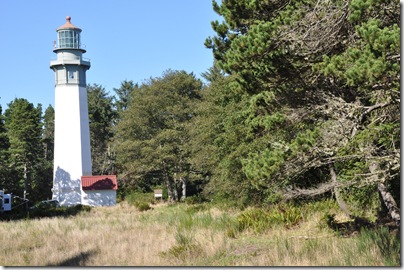 a better look.  They were just closing as we got there so we didn’t get to climb to the top.  Maybe the next one.

We decided to have dinner before heading back to the RV Park.  Seafood was the choice.  We found 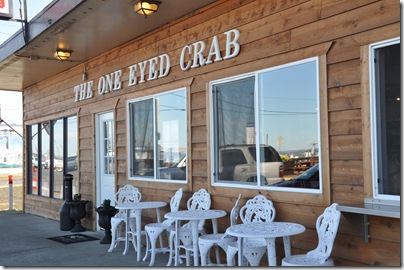 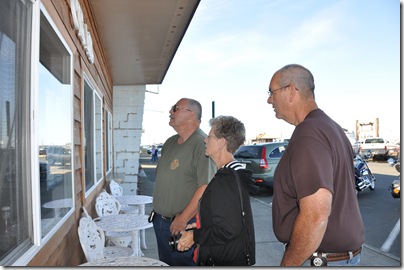 after looking at a rather $$$$ pricey menu, we decided to keep looking.  We ended up at 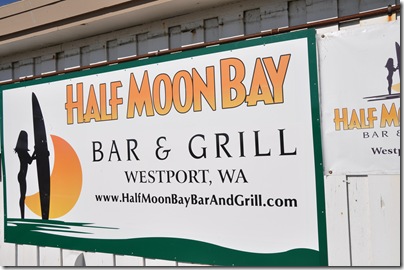 this restaurant which was located inside a hotel in Westport.  The food was not as $$, it was great and so 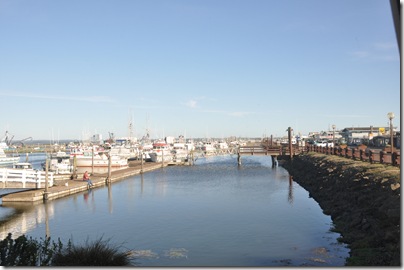 Everyone is now settled in at home and resting up for tomorrow.  The plan is to make a day trip to Ocean Shores for more beach time and maybe a little action at the local casino.