Moving On To A New Adventure…

Yesterday was laundry day and grocery day.  We spent time making one last trip to Trader Joe’s, Wal Mart, and Camping World in preparation to travel today.  When everyone was back to the RV Park, we decided to go out for 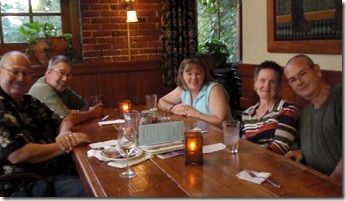 for a wonderful time of food and fellowship.  I borrowed this picture from Ellie’s blog. Thanks for having your camera last night.  After dinner it was back to the RV Park for the evening.

We were up this morning finishing the necessary chores that have to be done before traveling.  Once those were taken care of it was time to head West. 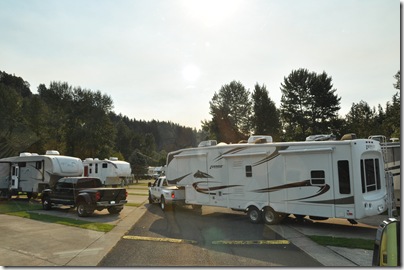 was the chosen leader and we followed.  But, there was something not right about this picture.  The four of us were leaving, but 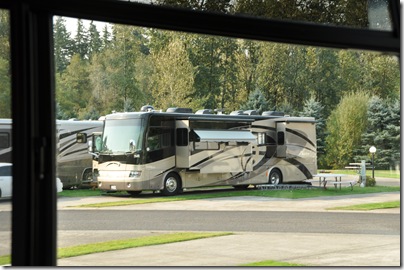 this Phaeton was not.  And with it, we were leaving Jim and Ellie.  They have decided to hang out in Oregon for the next couple of months before heading to San Diego.

However…as for Rod and Deb, and Mark and I, it was time to start our trip down the coast before heading East in a few weeks.

So, after…”see you later”, we were off.   Like I said Rod was the leader and what a  great leader he was…he took us 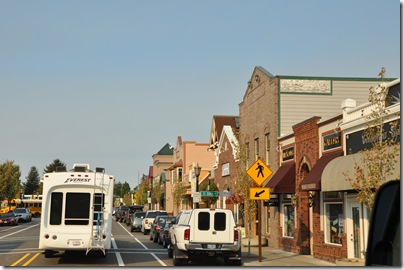 right through downtown Troutdale and, 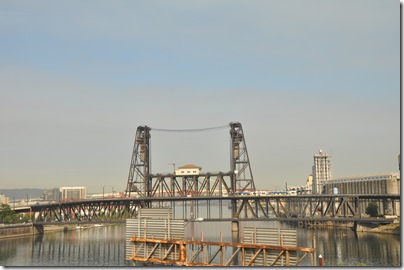 around and out of Portland.  We continued 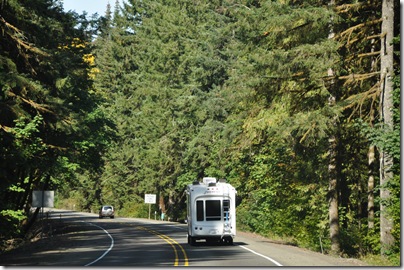 through the Tillamook Forest.  Soon, we were on Hwy 101 headed South down the coast highway were we were greeted with 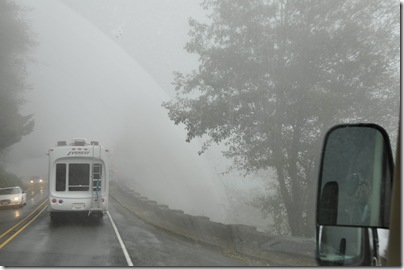 this lovely weather.  However, by the time we arrived 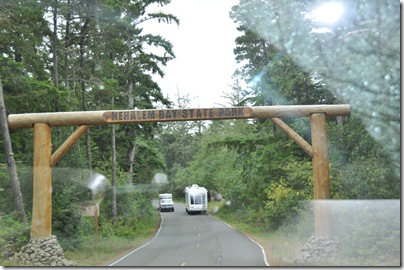 at Nehalem Bay State Park, the drizzle was gone, but the overcast skies were to be with us for the rest of this day.

We checked into the park and were assigned 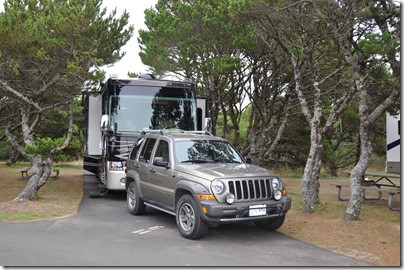 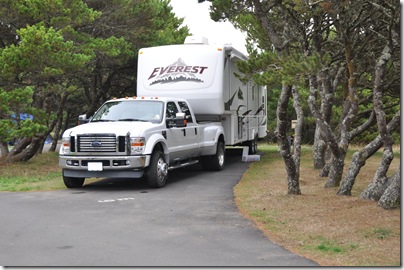 Rod and Deb are right next to us.

It took Mark and Rod a little while to wiggle in between the trees into our sites, but they made it.  We are not able to get a satellite signal, but do receive several of the major TV stations. My wifi signal is great and the phone service is okay.  Isn’t it terrible to be so attached to our modern conveniences.

Once we were parked, we were off for a walk around the park.  We found 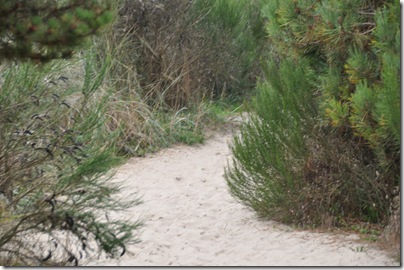 the trail that would take us straight 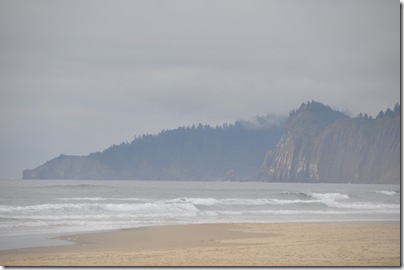 to the beach.  I am looking forward to some nice walks over the next several days.  Hopefully the weather will improve.

On the way back to the campsite, we climbed 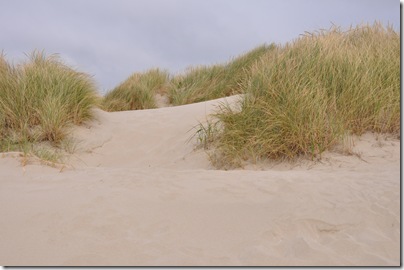 the dunes and at the top 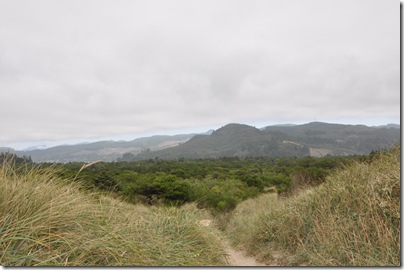 this was the view to the East and this 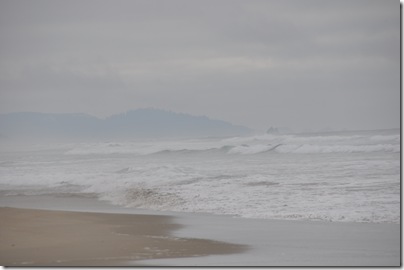 was the view to the West.

Starting tomorrow and over the next five days, we have several day trips planned that will take us up and down the coast from here in Nehalem.  We are looking forward to those adventures and hope you will join us along the way!