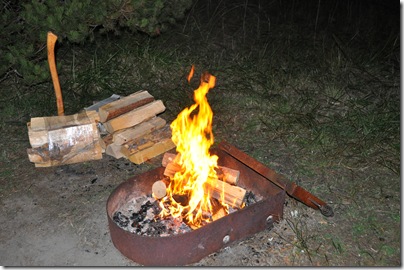 sitting around the fire and chatting with Rod and Deb, we made a plan for today.  So, after a good night’s sleep in a really dark park, we were up this morning, had a walk around the park, gathered drinks and snacks and headed out…

Our adventure today started at 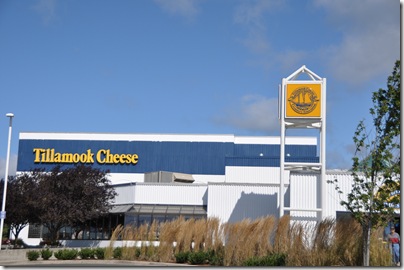 the Tillamook Cheese and Ice Cream Factory.  We took the self guided tour and saw 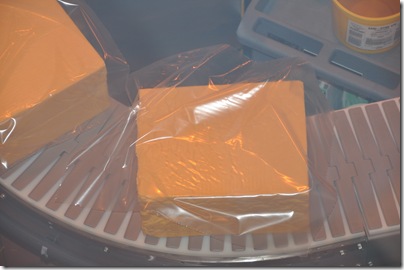 45 pound blocks of cheese being 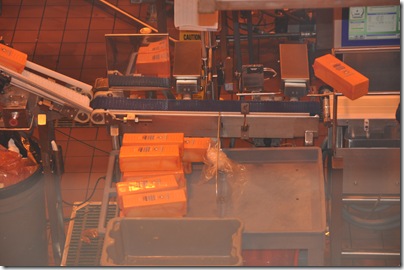 cut and wrapped into smaller blocks.  While most of these are going to the grocery stores, some of them 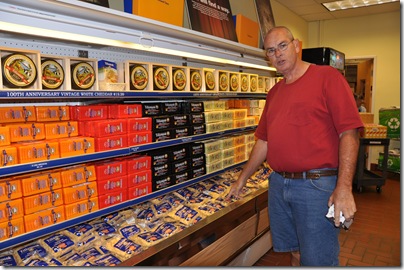 found their way to the factory gift store.  Mark had a hard time deciding just which ones he wanted.  I think he tried to buy one of each.

After making our purchases, we decided to have lunch…where else but the 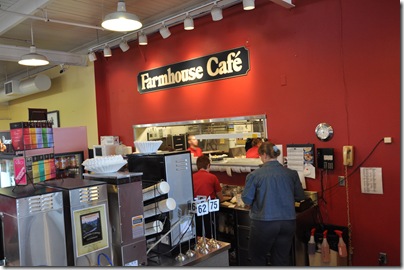 cafe at Tillamook.  And the choice was none other than 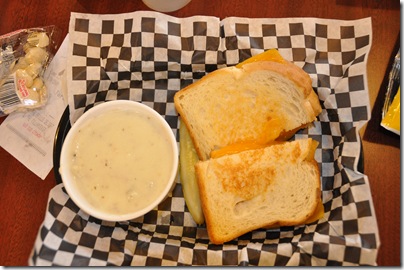 grilled cheese on sourdough and clam chowder.  Then, we treated ourselves to a visit in 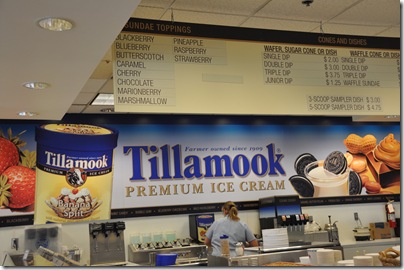 the ice cream department.  And, if you thought the cheese decision was hard, you should have seen us 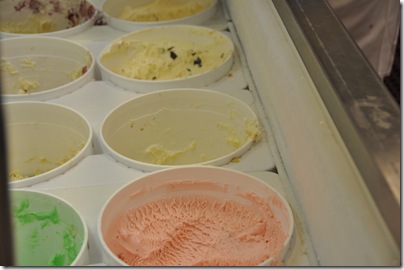 trying to pick out an ice cream flavor.  We all made a choice, except Rod, and he 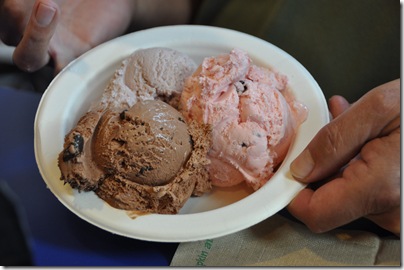 Okay, it is time to get out of this place before we have to have 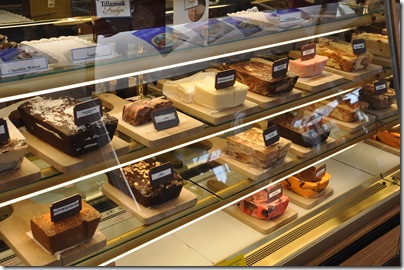 Finally, we are off to drive the Three Cape Loop which started at 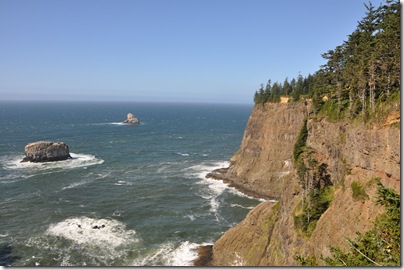 Cape Meares.  There were cliffs and a 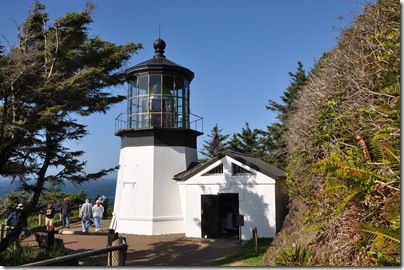 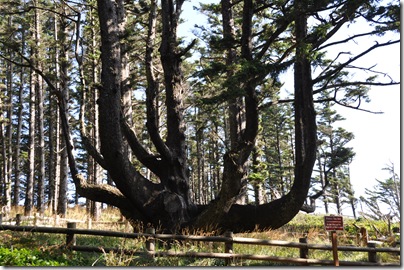 Moving South down 101, the next stop was Cape Lookout.  We watched 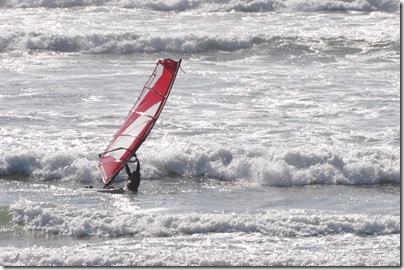 a couple of guys wind surfing.   What a sport.  We made a stop at the Lookout State Park and quickly learned the sites were not large enough to accommodate us.  As, we were leaving there we saw 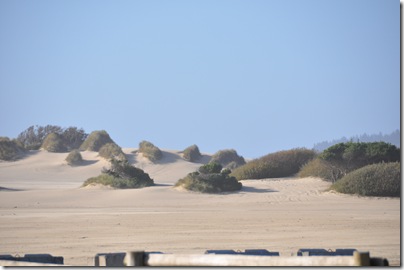 a park with lots of sand dunes.  There 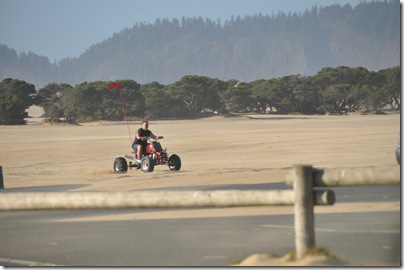 this young man was having a great time.  Well, we can’t stay here and watch him any longer because we still have one stop on the loop.  And, that is at 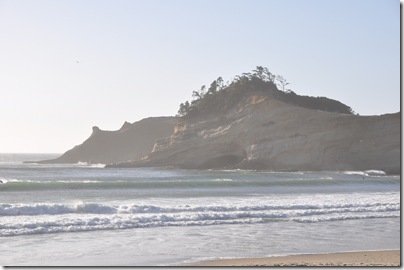 Cape Kiwanda.  By the time we reached this stop, the air was getting really cool so we didn’t stay too long.  Other wise, we would have walked 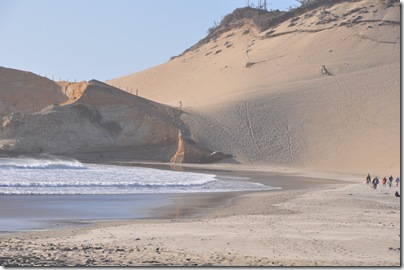 down the beach to the tide pools or walked up the sand dunes.

So, it was back to 101…this time headed North back to the campground, but not before watching 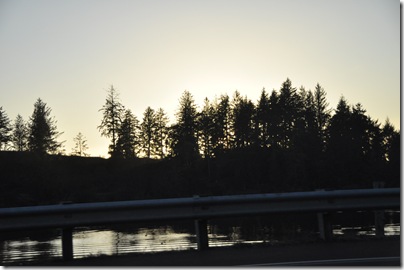 the sun go down on another great adventure.