Today’s journey took us North on 101.  Each of us had something we wanted to see or do in that direction, so off we went.  The first place we found to stop was at a beach turn off where Mark and Rod 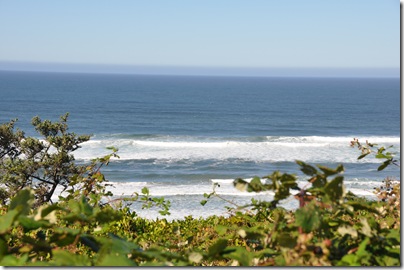 treated Deb and I to an “all you can eat, 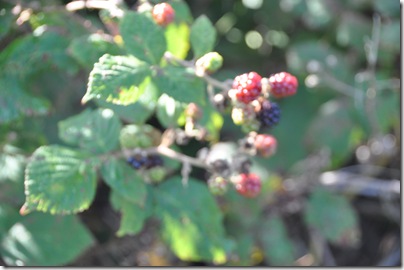 pick it yourself blackberry breakfast”.  We picked all the berries one could eat, loaded back in the Jeep and headed to the next destination.

We soon arrived at 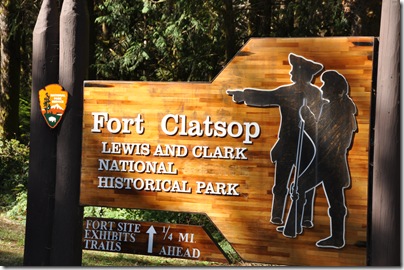 Fort Clatsop.  Our purpose for stopping here was to get stickers and a cancellation stamp for our National Park Passport Book.  While we were here, we were able to tour the 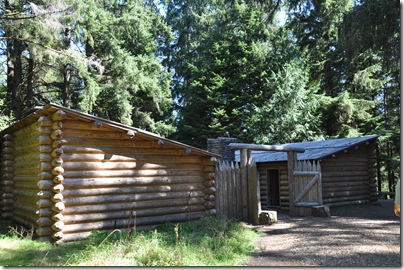 small fort and walked down to the 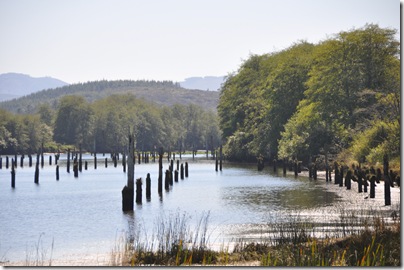 Netul River where Lewis and Clark landed their boat and built a small fort.

Now, after that nourishing breakfast the guys feed us, they decided it was lunch time and the choice was one of  Mark’s favorites… 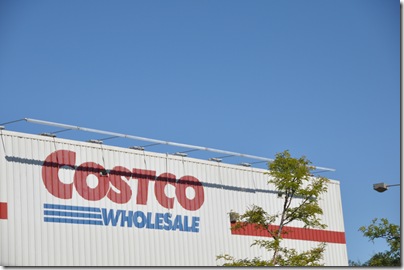 Yes, Costco’s, and he was after the $1.50 foot long polish hotdog and drink.  We all agreed, but needed to do some shopping first.  Well, by the time we made our way through the store, we had sampled Shrimp Scampi, Chili, and Philly Cheese Steak Sandwiches.  They were just samples, so we still had room for the hotdogs.

It was a good thing we had such a good breakfast and lunch because we needed all the strength we could get for the afternoon.

From Costco’s we drove into Astoria and tackled the 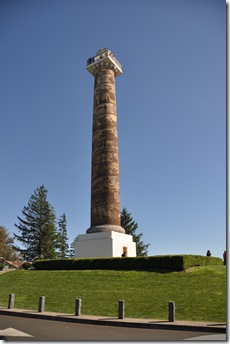 staircase inside the Column that took us to the top observation tower.  From the top we could see 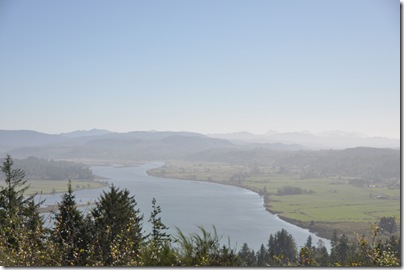 the Lewis and Clark River, 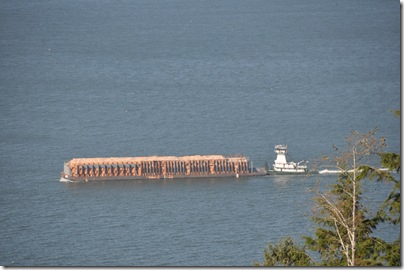 the barges on the Columbia River, and 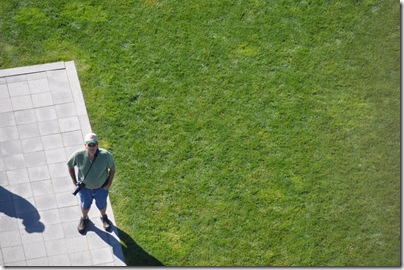 Mark, who chose to stay at ground level.

A bit of trivia here…Astoria is the oldest settlement West of the Rocky Mountains. (1811) 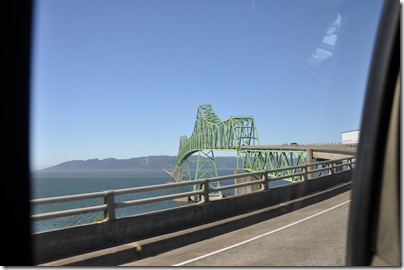 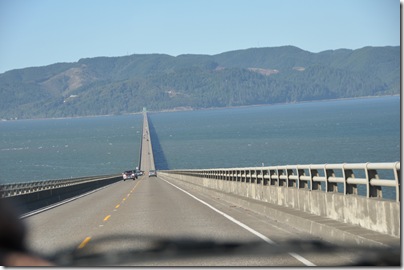 this is a long bridge.  Next stop would be on the Washington side of the river.  We were in search of 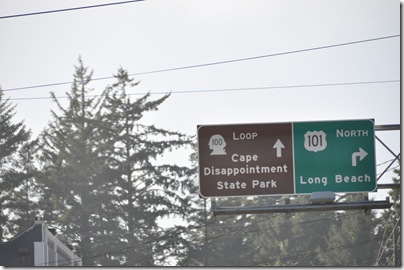 Cape Disappointment State Park.  It is a good thing there were plenty of signs because Mark kept looking for Fort Desperation.  We couldn’t seem to keep him straight…even with Deb 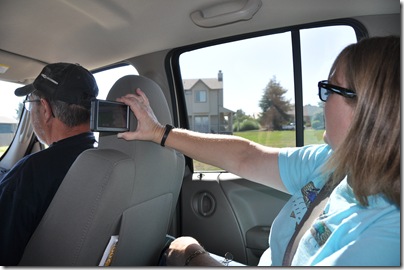 and the Garmin trying to give him directions. LOL!!

We did in time find Cape Disappointment and 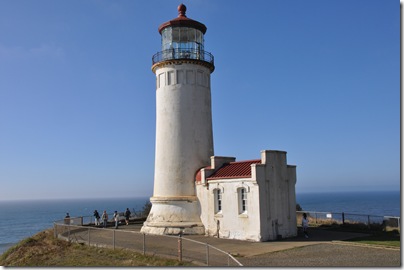 the North Head Lighthouse.  We had a great 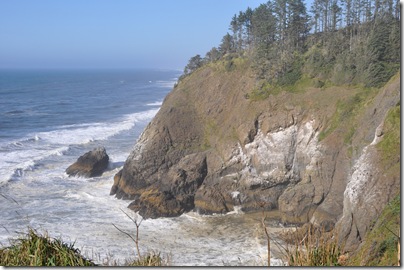 view from here.  While here, we also saw the 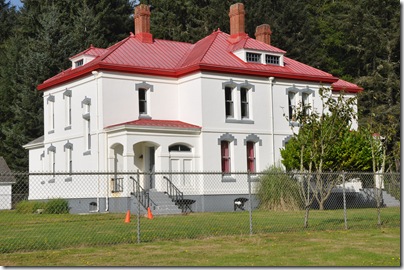 light keepers house.  As we were walking down the trail to the car, we were stopped and entertained by 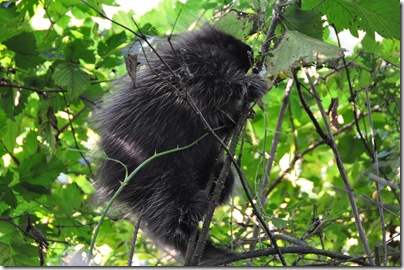 this porcupine hanging out in this tree.

He was so cute and did not seem to mind all the cameras. 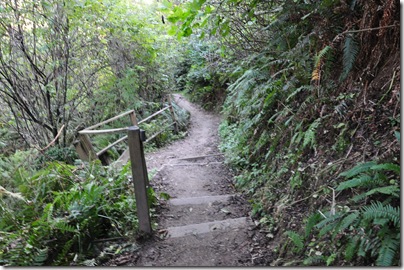 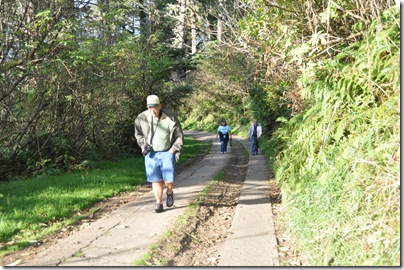 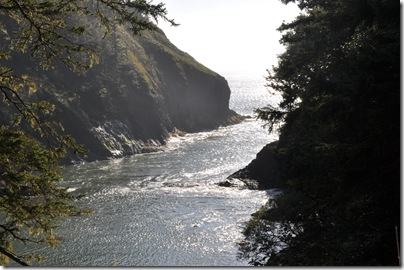 around coves, and past 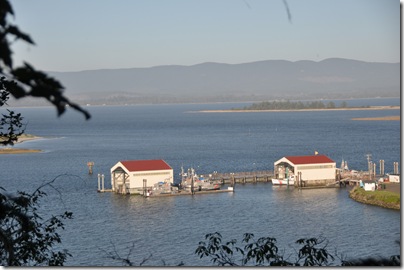 the Coast Guard station to finally get to the 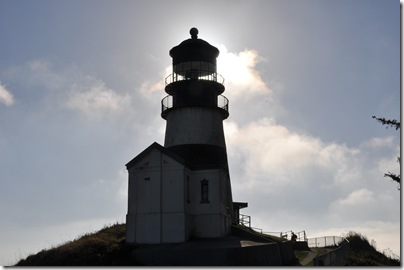 lighthouse at the top of the hill.  Oh, but once we got here… 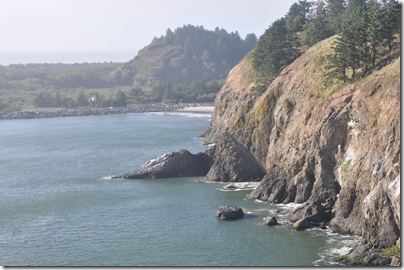 we saw the tall cliffs and a beach to our right and to the left, we 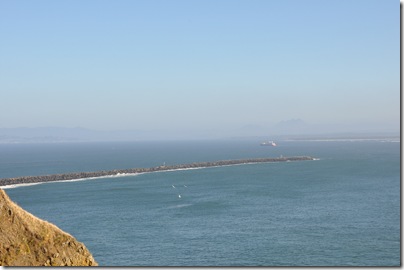 saw where the Columbia River meets the Pacific Ocean.

It was finally getting time to make that hike back to the car.  The 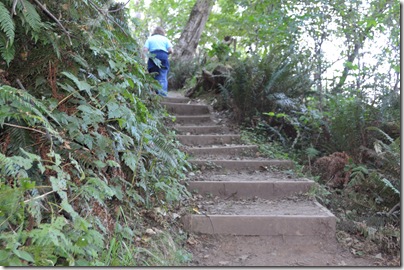 trail didn’t change any…it was still a mile long.  But, we were soon back to the car and heading to Nehalem.  Just before we made it back to the campground, the guys saw a place to get wood.  Once, we were settled in, 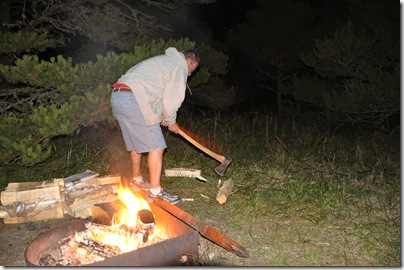 Rod got a campfire started, Deb put together some cheese and crackers and that was the finish to another adventurous day.