The rain came on and off all night and it was still raining this morning when we got up.  I hate to travel on rainy days, so I was pretty slow about getting ready and packing up.  Finally around 10:00 when we were almost ready, Deb and Rod walked down to say good-bye. We visited with them for a few minutes. LOL…we tried to get them to come with us and they tried to get us to stay, but we each knew it wasn’t going to happen.  We need to get to Texas and they need to get to Utah.  Well, I had stalled long enough 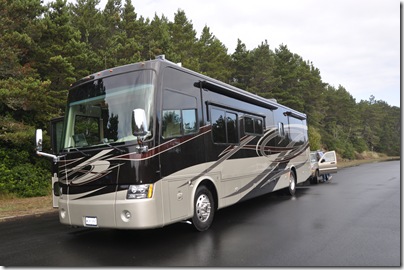 and it was time to pull out. 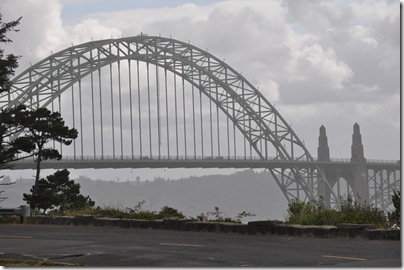 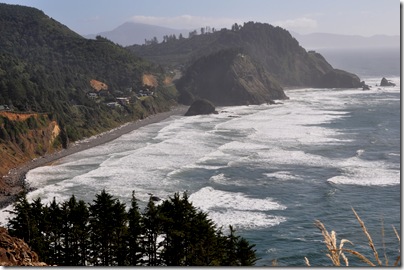 and the beautiful coastline for another time.

We hadn’t been on the road very long when Glenn and Sylvia called and wanted to know where we were  and where we were going.  I laughed and told them we didn’t have a clue.  He laughed and said when you know, let us know.  They were in Brookings, Oregon and thought tomorrow they might be heading in our same direction and would catch up to us for a short visit. 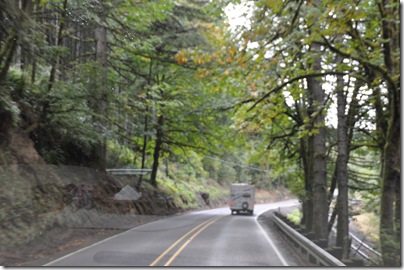 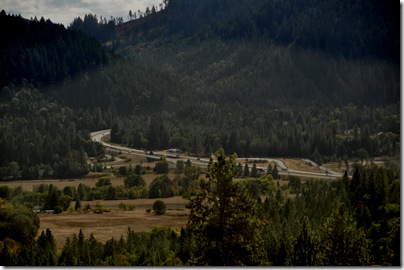 south on I-5.  It wasn’t until we were about 130 miles out of Medford, Oregon that we made a decision.

We arrived around 3:30 this afternoon at the Holiday RV Park in Phoenix, Oregon, which is about 3 miles South of Medford.  We booked 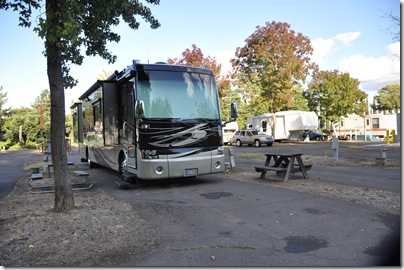 a site for two nights.  After we settled in, we called Glynn and Sylvia, so they could make their plans for tomorrow.  Maybe we will get to see them tomorrow afternoon.

Now…I had seen a sign as we passed through Medford for Harry and David’s and  I wanted to check it out.  So, tonight we drove back to Medford and followed the signs to 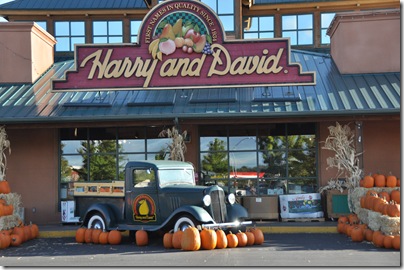 the Harry and David Country Market.  Looks like they are ready for fall.  Lots of big pumpkins and 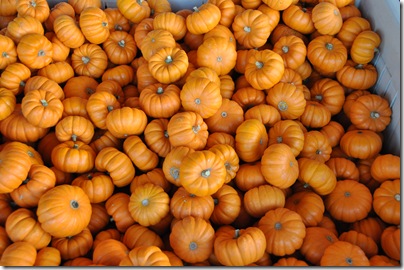 Mark was more interested in the apples, plums and Moose Tracks.  We made our purchases.  Then we needed to make a quick stop at the Auto Supply and the UPS Store.  The night air was getting really cool and we decided the perfect spot for dinner would the the local Mexican restaurant.  The salsa wasn’t as good as Jim’s, but I survived and the food was nice and hot and hit the spot.

The day turned out quite nice, even without a plan.  However, we have now settled in at the motor home to discuss some sort of plan for tomorrow.  Come back to see how it works out.